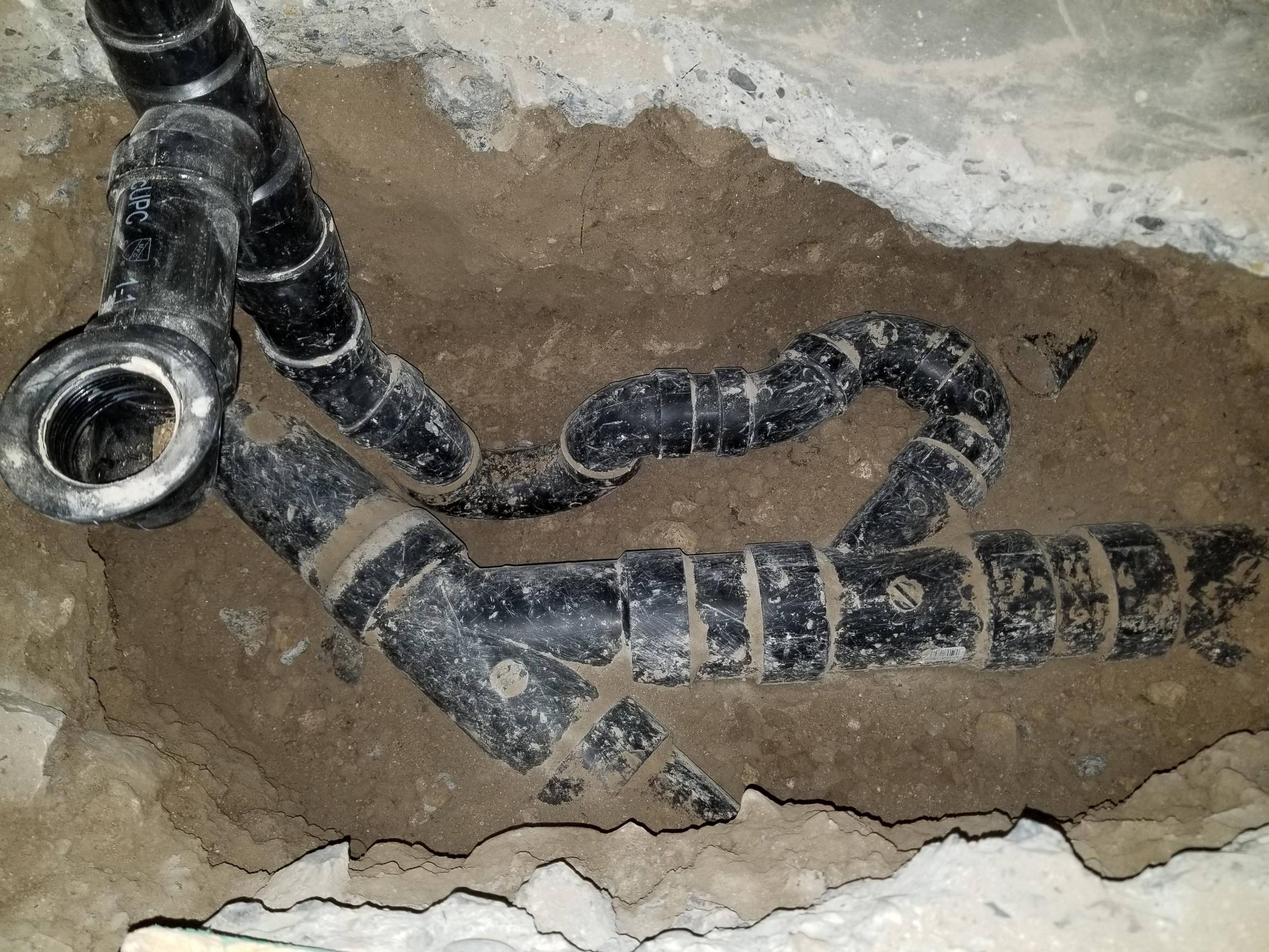 We are finishing our basement and had a plumber come out to move the toilet drain and install a drain for a tub/shower combo to fit the floor plan we decided on. He installed the tub, but we changed our minds and are putting in a shower instead. The shower base I am using is slightly wider than the tub was (36" vs 30"), and the drain is further to the right and further from the wall from where the tub drain is, so I need to move it.

I raised the valve and capped off the bottom that went to the tub spout so that it will work for the shower. That part went fine, but the drain I am unsure of.

After digging up the tub drain I see he used what may have been a potential tub/shower drain for the original floorplan that was just left buried (there is no stub out from the floor, only for the toilet) and there are two 90 degree elbows, a 45, then a P-trap, then vertically a couple of 45 elbows.

I thought about putting a horizontal section above the two vertical 45 degree elbows to reposition the drain, but I'm worried about increasing the possibility of clogs. A second thought was that since the short section between the P-trap and the horizontal elbows is 7/8" I could cut that off and put a new ptrap, and use 45 degree elbows to reposition the drain since there should be enough vertical room.

First, Are either of those 2 solutions going to cause problems? Would keeping those horizontal elbows (two 90 degree and one 45 degree) make it easier to get clogs? 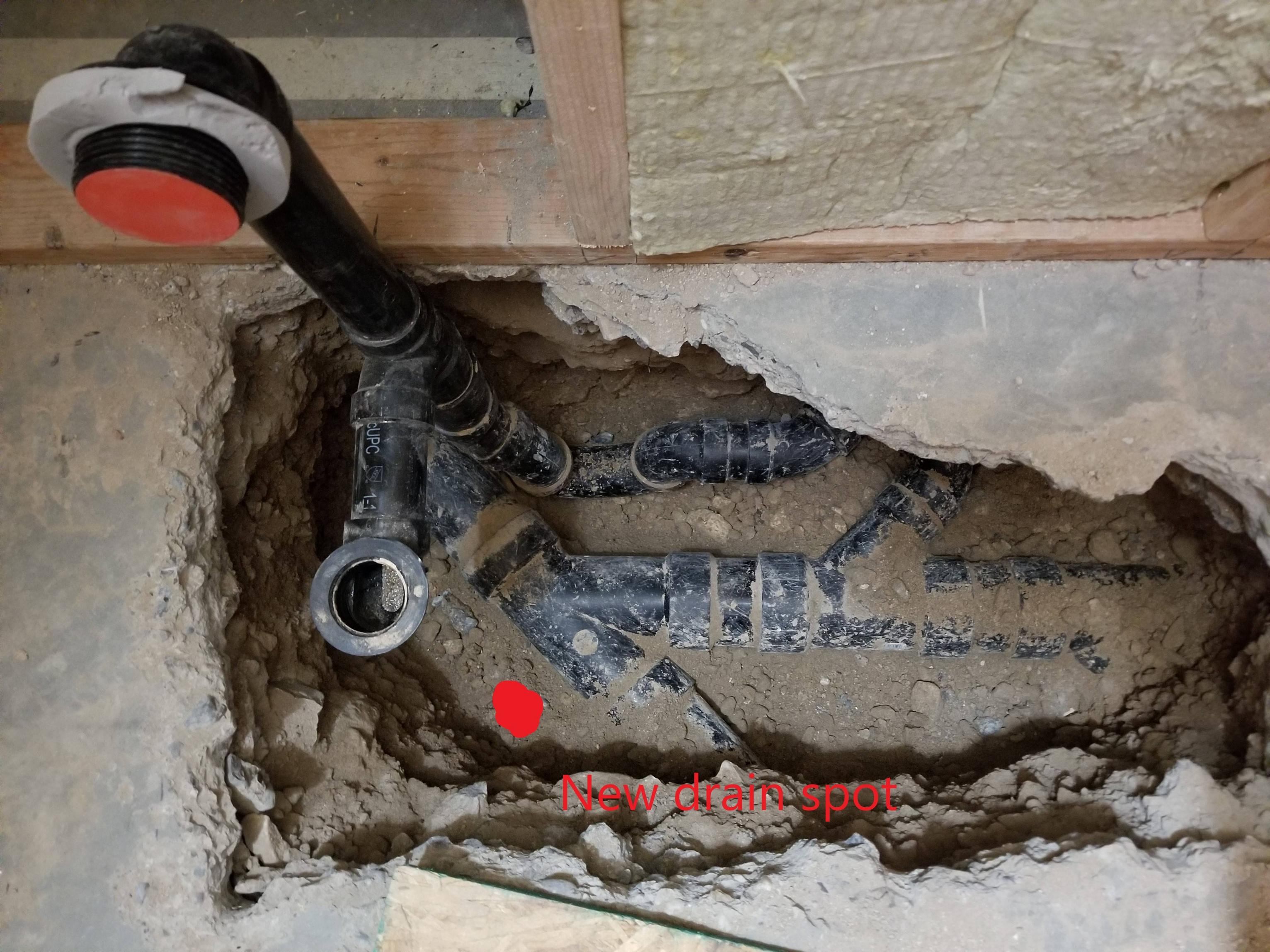 Are you looking for the answer?
Original Question and Possible Answers can be found on `http://diy.stackexchange.com`
Question Tags: drain, plumbing