Did I remove more caulk then I should have at shower door frame end?

I'm in the process of recaulking a shower. In removing the old caulking, I got to where the door frame meets the wall and shower pan. There was some caulk there and it was a bit damp, so I started removing it. I quickly discovered it went deeper than I expected.

I'm worried I shouldn't have messed with it. The door frame is a U-channel, and I assumed it had something at the end to keep any accumulated water from leaking out the end and instead exit at the weep holes. But now that the old silicone is removed, I'm concerned the only thing that was doing that was the silicone caulk, which I've removed some of. This picture shows the current state. 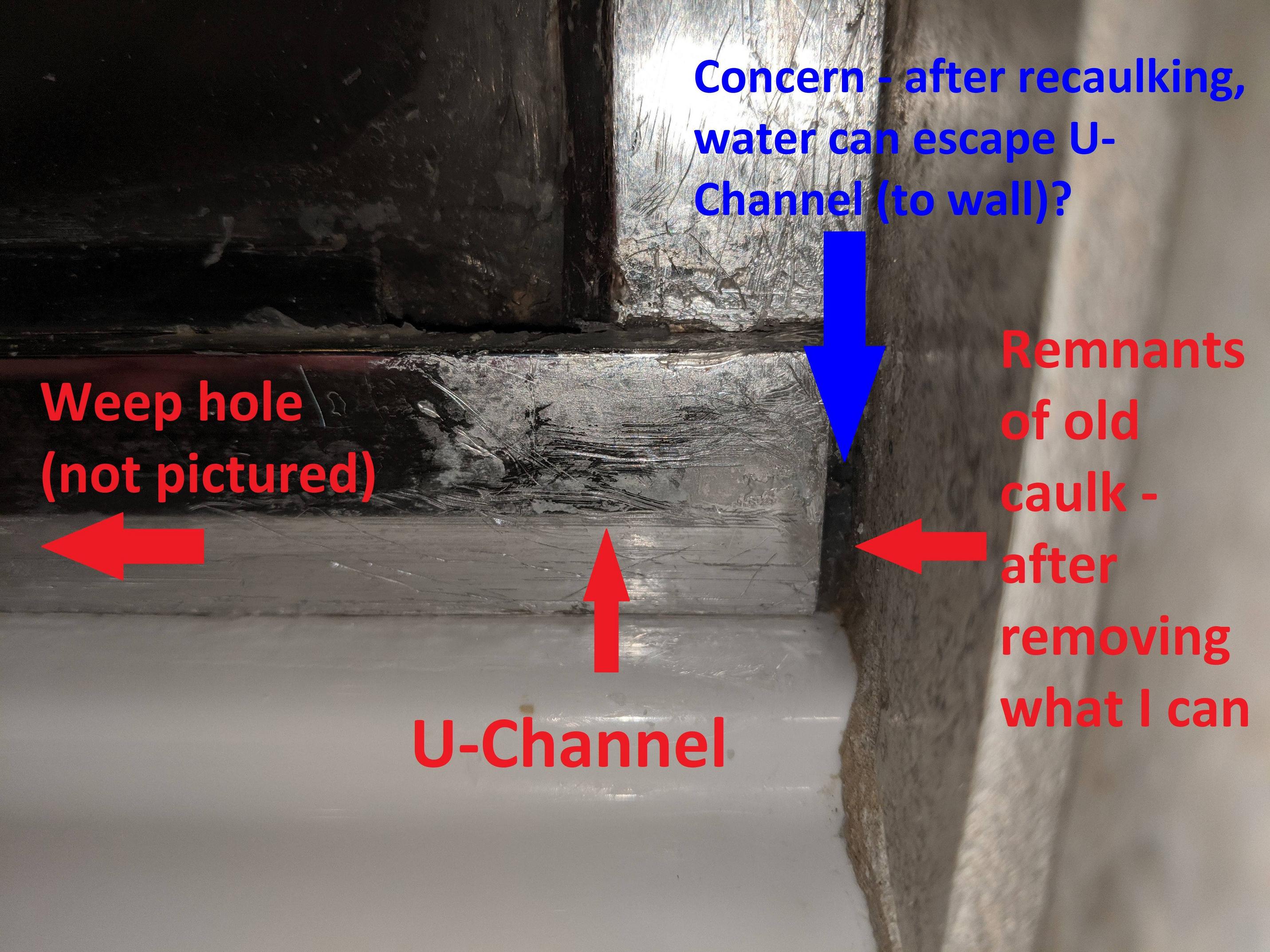 What should I do? Removing and reinstalling the door frame is beyond my DIY-level. Is it ok to just recaulk and be sure to squeeze in enough in the gap to cover the area well?

Here are a few more pics, zoomed out to give context and also of the other side. On the other side, there actually was a bit of gap between the tile and shower pan, and you can see a small amount of caulking there that started coming out. If it matters, this is a second floor bathroom, so my paranoia about water damage into the subfloor is heightened. 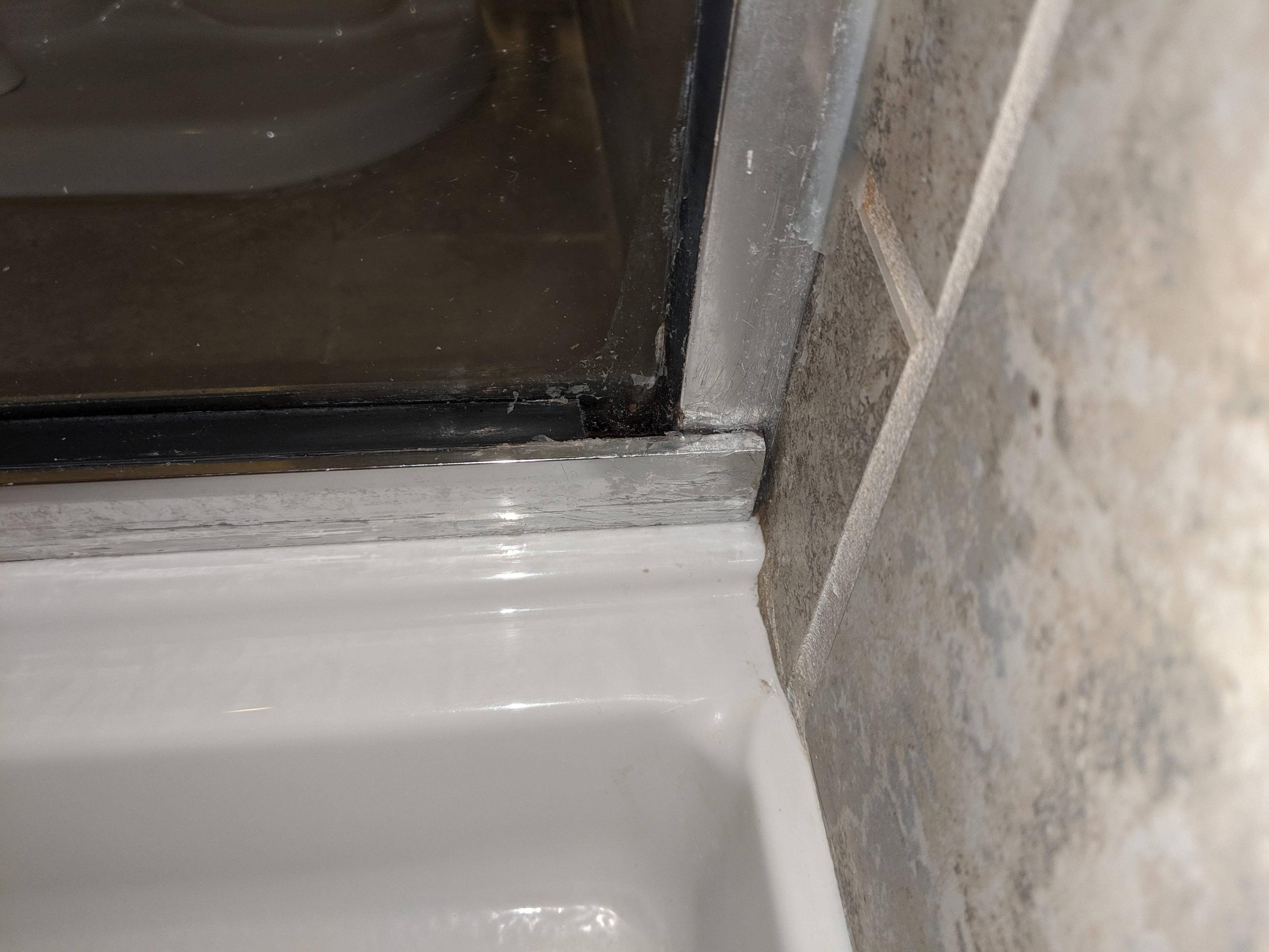 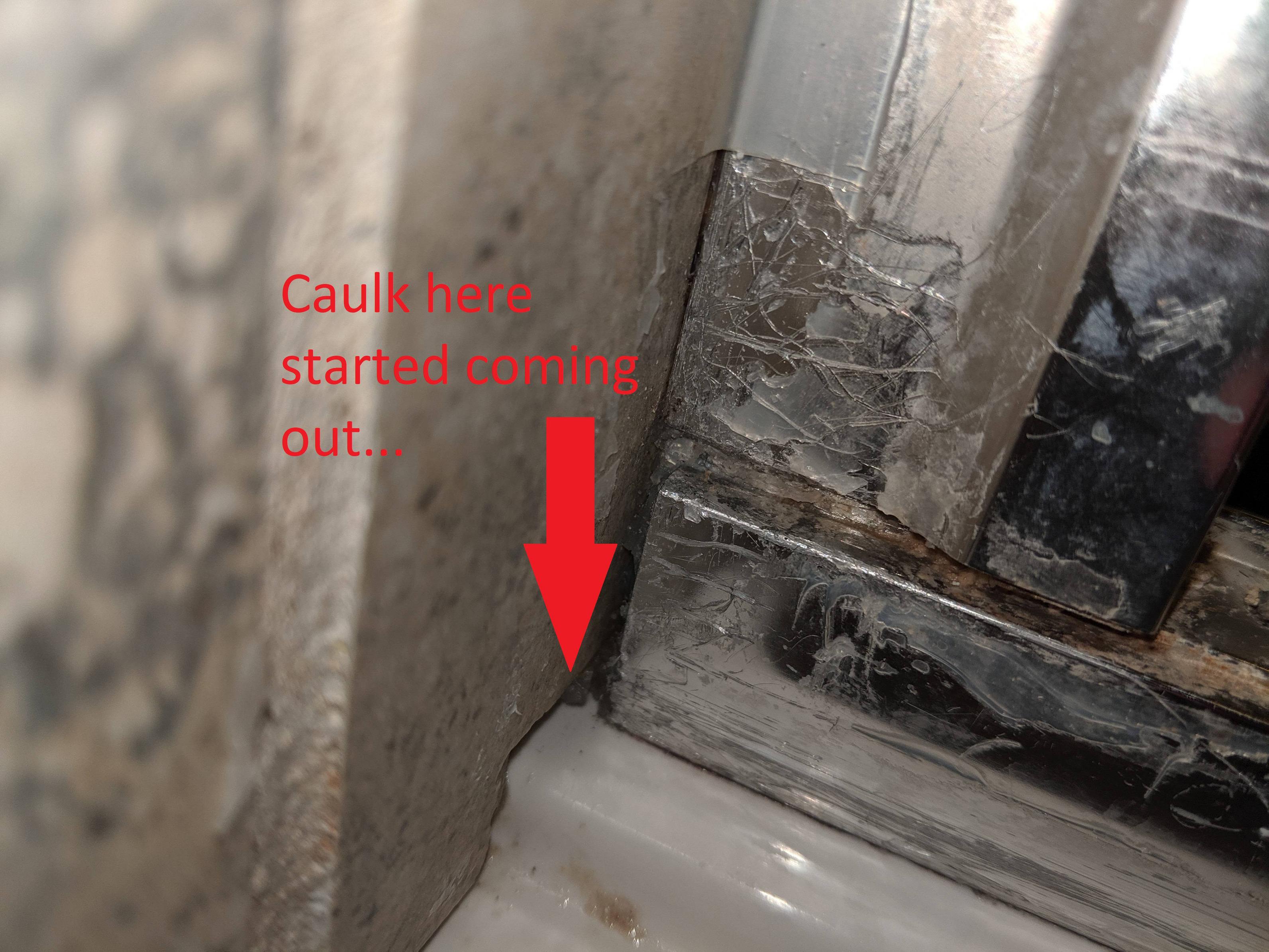 Are you looking for the answer?
Original Question and Possible Answers can be found on `http://diy.stackexchange.com`
Question Tags: caulk, caulking, shower